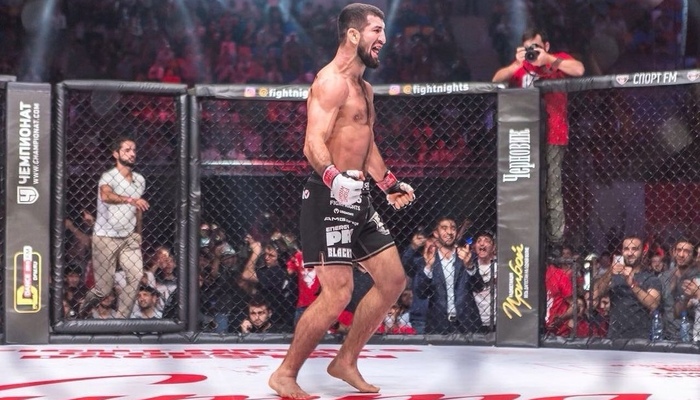 Fighting for a major organization has made Rasul Mirzaev ineligible for regional rankings.

After starting off a promising career Mirsaev was arrested and charged with causing grievous bodily harm resulting in death following an altercation with a 19-year-old student outside of a Moscow night club. Mirzaev allegedly punched the 19-year-old business student in the face at point-blank range, causing him to fall headfirst onto the concrete. The incident happened outside of popular night club Garage, where the fighter was reportedly a regular guest. The two had gotten into an argument about a girl, according to eyewitness accounts published by popular news website LifeNews.ru.

The student was admitted to a hospital, where he reportedly fell into a coma hours later. He died days later of cerebral hemorrhage. Relatives of the deceased also put part of the blame on the staff of the Municipal Clinical Hospital No. 1 in Moscow. According to a report by major Russian TV channel NTV, the young man could not get medical treatment for a few hours before he fell into the coma.

After the death of Agafonov, his mother said that doctors failed to provide her son with necessary help. The Moscow Department of Health set up a commission composed of several neurosurgeons. They studied the actions of their colleagues and concluded that physicians who provided first aid to Agafonov indeed made some mistakes, but none of them were fatal. "All the shortcomings were of a formal nature," the experts said. "Help to the victim was rendered in full. And to anticipate the development of Agafonov's trauma was not possible." Although originally charged with murder, Mirzaev was convicted on 27 November 2012 of negligent manslaughter and released by the court, his 15 months on remand having been taken into account. At the time the judge was reading out the sentence, a number of nationalist protesters associated with the banned Slavic Unionwere arrested as they tried to gain entry to the courtroom.

Rasul was shot, beaten and strangled on new years 2017, he survived and was taken to hospital but has since returned to fighting.