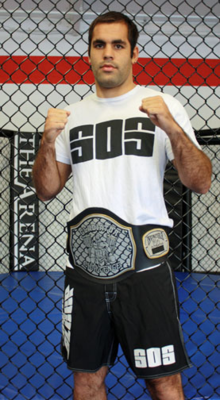 Felipe Portela is ineligible for regional rankings due to inactivity.
Fighters must have at least one completed MMA bout in the past two years to be ranked.

Felipe Portela was a competitor of season 21 of The Ultimate Fighter, representing the Blackzilians in opposition to American Top Team.  In his first bout of the season, Portela was matched up against Hayder Hassan, who was the last man to defeat him in his professional career.  Portela lost via majority decision.