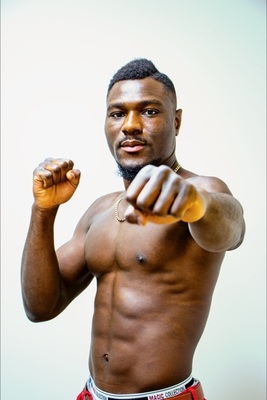 Emmanueli Adzoh is a Brazilian jiu jitsu purple belt under Mike Buckles, being part of a  generation of grapplers produced by Gracie Barra. Emmanueli Adzoh began training in Brazilian jiu jitsu at the age of 19. By the age of 23 he earned a purple belt after proving himself against stiff competition, notable accomplishments include American National champion, St.louis state champion, ibjjf Chicago open silver medalist & Long beach open champion.This young mixed martial arts (MMA) fighter is a prospect to keep a eye out for. Emmanueli in a interview with proven says " My goal is to prove myself as one of the best fighters in MMA and Jiu jitsu, winning world titles in both & having a shit ton of fun along the way".- Article with Proven 2019