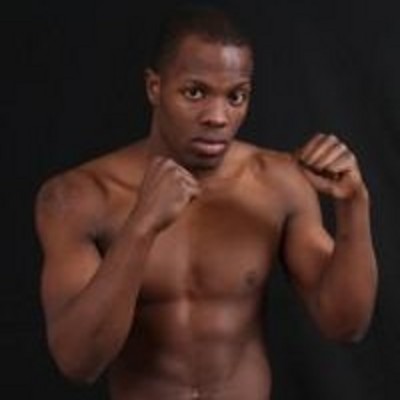 Cory is a natural born fighter, training in Tae Kwon Do since the age of 5. At aged 10 he got his black belt, then a year later he met his current trainer Gintas Bukauskus, who was the International no holds barred champion. Gintas trained Cory for many years as a kickboxer. To date, Cory has won several prominent industry competitions; BKBU English and European Under 16s Championship (2003-2004), Boys Under 18s British Kick Boxing Champion 2005-2006, 2007 European Kick Boxing Champion and was a World Amateur MMA Finalist in 2008.

Cory made the crossover to MMA at the age of 18, competing and winning many amateur grappling competitions then competing semi-professionally.

Tait did an interview with 'MMA Prospects UK', where he describes that his inspiration in taking up martial arts was 'Teenage Mutant Ninja Turtles, Power Rangers and hyper activity'. He also mentions where his nickname 'Capcom' comes from, his early MMA career amongst other things.

MTV UK have done a documentary on MMA in the UK, with Tait, Jimi Manuwa, and Jack Marshman being filmed in the build-ups of their next fights and the training and lifestyles involved.

Tait made his professional debut against Lightweight John Brightwell, whom he defeated via armbar in the first round. Three weeks later he made his highly anticipated UCMMA debut against Dino Gambetesa, which Tait won by knockout via a devastating crescent kick and was nominated for knockout of the year.

Tait received his first title shot shortly after his win over Gambetesa, but was takeon down, out-wrestled and his impressive striking skills were rendered useless on the ground by James Lutman. However, Tait worked and trained hard on his wrestling and BJJ skills after his defeat to Lutman, and was rewarded with another title shot, this time for the UCMMA Featherweight title, where he was able to demonstrate these skills effectively.

Tait next faced face Spencer Hewitt at UCMMA 26 - The Real Deal. He has decided to vacant his newly won Featherweight title so he can compete at his more natural weight at 135lbs and go for the Bantamweight title. He lost 10 seconds into the first round when Tait was caught with a punch.

He rebounded from that lost when he defeated Huseyin Garabet by submission at UCMMA 28.

Tait next fought Jody Collins at UCMMA 31, on December 1st. After an exchange of punches, the fight went to the ground were Tait showed his improved grappling skills and was able to transition to a Toe Hold. Collins submitted and was found to have broken his leg due to the Toe Hold.At UCCMMA 33, Cory  rematched Hewitt and ended  up knocking him out in the 1st round.