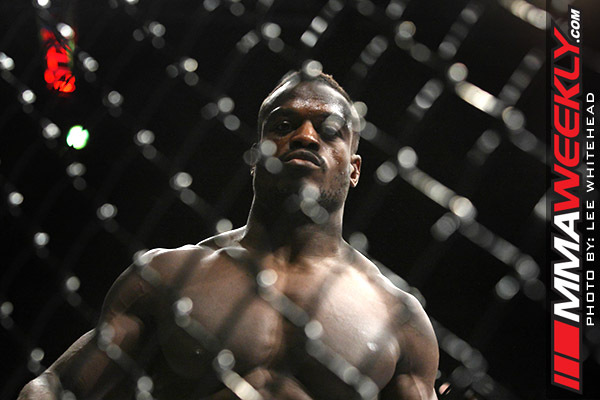 Papy Abedi is ineligible for regional rankings due to inactivity.
Fighters must have at least one completed MMA bout in the past two years to be ranked.

Papy Abedi was born in Zaire where he was given the nickname Makambo which means trouble in his official language. Abdei began training Judo when he was only 7 years old and now holds a black belt in the discipline. Abedi would finish seven out of eight of his fights before being signed to the UFC.

Abedi had no had luck in his first two UFC outings, losing by submission to both Thiago Alves and James Head. He was next offered up fellow swede Besam Yousef at UFC on Fuel 9 in his hometown of Stockholm, Sweden. After three rounds the judges gave the nod to Abedi and he won by split decision, picking up his first victory in the octagon.

Abedi next got the call to fight Australia's Dylan Andrews at UFC Fight Night 27. A fight which Andrews won by TKO in the third round. Following the loss, Abedi got his walking papers from the UFC.