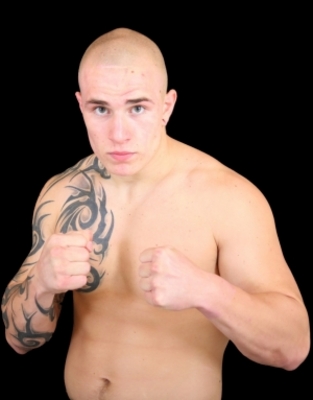 Jake Bostwick is ineligible for regional rankings due to inactivity.
Fighters must have at least one completed MMA bout in the past two years to be ranked.

Jake Bostwick made his mma debut in cage rage in 2006 aged just 17. He faced Tory Groman, and won the fight by KO in 9 seconds. Bostwick won his next two fights in emphatic fashon with another first round KO and a second round submission. He then went on a eight fight losing streak fighting a who's who of fighters on the UK mma sceane. "Brutal" has since gone on a tear in the welterweight and middleweight divisions winning twelve of his last thirteen fights. with an improving ground game and vicious knockout power the future is bright for the fighter who models himself on the comic book super villain Bain.