UFC 22: Only One Can be Champion 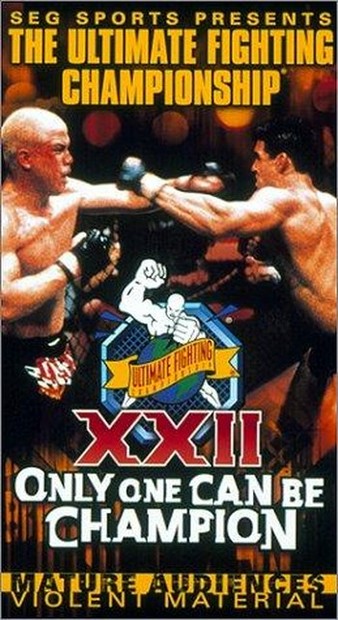 UFC 22 marked the beginning of what is remembered as the "dark ages" of MMA, since parent company SEG was doing terrible business on Pay Per View and considered withholding the release of the event on DvD. Yet the event featured what was arguably the best fight the UFC had ever seen up until that time as well as the debuts of future champions Matt Hughes and Jens Pulver.

In the main event of the evening, Middleweight Champion Frank Shamrock took on his toughest test to date in young up-and-comer Tito Ortiz. After Ortiz threatened Shamrock with frequent takedowns and ground-and-pound in the first few rounds, Shamrock's technical kickboxing proved to be the difference-maker, as he pounded Ortiz into submission in the fourth round in what would be his final appearance for the promotion.