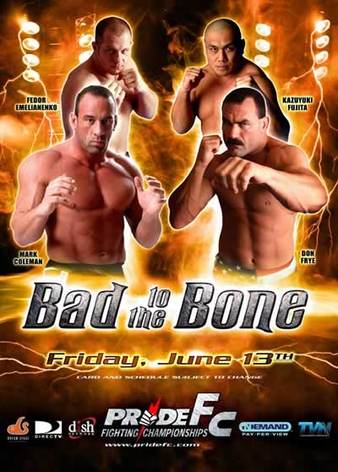 After defeating Antonio Rodrigo Nogueira to take the heavyweight title at Pride 25, Heavyweight Champion Fedor Emelianenko ran into his first bit of adversity in the ring, as Japanese wrestling star Kazuyuki Fujita dazed him with a punch, but was unable to capitalize on the Russian’s momentary weakness. Fujita was finished with a Rear Naked Choke a short while later.

In other action, Mark Coleman won a Unanimous Decision over Don Frye while Daiju Takase earned a huge upset victory over Anderson Silva when he submitted him with a Triangle Choke in the first round.