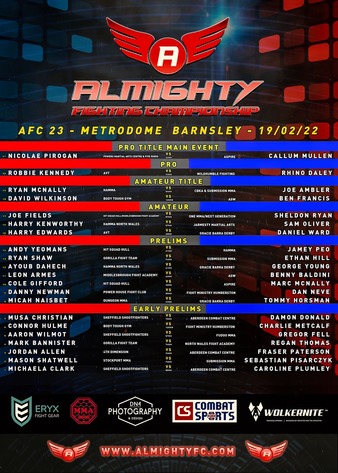 Hey, stop ****ting on Shatwell! Trust me, you don't want to **** with a guy who nearly started a scrap with Michael Bisping at a Waterstones book signing!

He lost to debutant Sebastian Pisarczyk via Guillotine Choke in the first round. He is now 0-2-0 in his amateur career. Still early days yet though, he could still be the next great British UFC Champion after Michael Bisping!

Tapology members can make predictions for upcoming MMA & Boxing fights. Almighty Fighting Championship 23 is closed for new predictions. 49 total members made predictions on this event, breaking down as follows below.