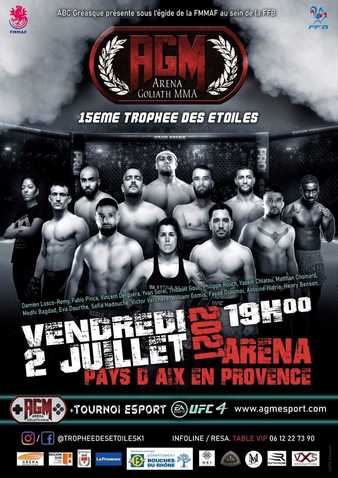 Baghdad vs. Gouti
Thibault Gouti, DEC
Hey this is a solid fight ! Both fighters were in the UFC. Mehdi Baghdad was in the TUF where he won a fun little war against Artem Lobov, then he lost a very competitive fight against Makdessi (he should have won IMO). Thibault Gouti had a disapointing UFC run, but everybody remembers his fight against Sage Northcutt : Gouti dropped him 2 or 3 times and dominated the fight, but somehow lost the decision due to a couple takedowns, pure robbery this time. Anyway, they are not world beaters, but decent fighters with fan friendly styles, and this should be very fun to watch for the fans in the beautiful south of France!

Tapology members can make predictions for upcoming MMA & Boxing fights. Trophee des Etoiles 15 is closed for new predictions. 74 total members made predictions on this event, breaking down as follows below.