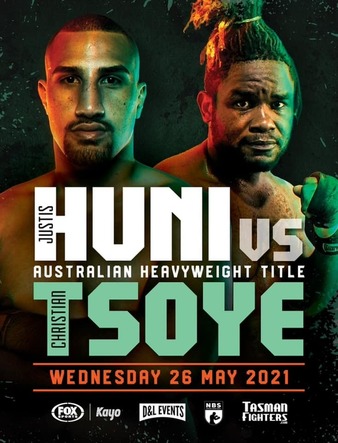 Huni vs. Tsoye
"The official Tapology discussion thread for the event!" (4 months, 2 weeks)

Promoter Eddie Hearn (Matchroom Boxing) made it clear that the united heavyweight champion Briton Anthony Joshua (24-1, 22 KOs) could play his next fight against another opponent, refusing to fight with mandatory challenger Alexander Usyk (18-0, 13 KOs) from Ukraine. It is possible that Hearn is bluffing, because in this case Joshua will lose the WBO belt. From the interview of the promoter to IFL TV: “Andy Ruiz contacted me via Instagram. Yes, we would be interested in such a fight. If the next fight is in the United States, then it is reasonable to discuss the candidacy of Luis Ortiz. If we are talking about Great Britain, then Dillian Whyte is what the doctor ordered. The ideal option is a fight with Usyk. But is he that good financially? Therefore, for now, I do not exclude all of the above options. We will make a final decision within 10 days. "

I'd have thought that Usyk would be the obvious choice as while I would personally like to see the Ruiz VS Joshua trilogy get completed, it will probably be similar to the second fight just maybe with a more focused Ruiz winning a few more rounds. As for Luis Ortiz, he's well past his prime and if Deontay Wilder was able to KO him twice then Joshua definitely can. I also can't help but feel that the old rivalry with Dillian Whyte has died out or at least, I don't think that having them fight again will prove anything. Usyk is the most legitimate opponant out of the one's listed and beating him (assuming he does) would keep all of his belts on the line for any future fight with Fury.

Usyk is definitely the obvious choice, especially as the mandatory. However, Eddie Hearn realizes that this is a risky fight for Joshua so he is trying to find a more reasonable opponent or just bluffing. Usyk has been on ice for far too long! At some point very soon, this fight has to happen or Joshua has to relinquish the WBO belt. Boxing is so money driven, corrupt and politicized that it's becoming a **** show! Mark my words, "Triller will drive illegitimate promoters out of business." It's so sad how so many fights the fans want to see never get made or if/when they do, fighters are well past their prime. Boxing should take a page out of the MMA playbook and let the best fight the best and pay them well. SMH

Tapology members can make predictions for upcoming MMA & Boxing fights. Huni vs. Tsoye is closed for new predictions. 76 total members made predictions on this event, breaking down as follows below.

Leaderboard of the best predictions by member: Huni vs. Tsoye Leaderboard