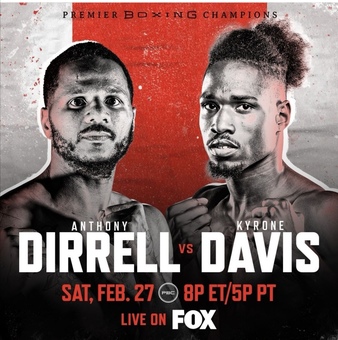 Lawson III vs. Amanov
Leon Lawson III, TKO, R2
Have you ever seen a flatter nose???? Unfortunately for Amanov, it's gonna get flattened even more here!

Rivera vs. Mercado-Raices
Michel Rivera, TKO, R1
Rivera was meant to be the opponent for Broner last weekend. Lucky for Broner it didn't happen, Rivera would have beat his ass BAD!!!! Rivera is decent, on the fringes of top 10/15. Not sure why he's fighting this guy, it's a giant step backwards!!! Must be for the highlight reel!!!

Abram vs. Alejandro
Jeremy Abram, DEC
Alejandro is coming off getting slept bad!!!

Elizondo vs. Cuba
Diego Elizondo, DEC
Elizondo is much better than his 3-2-2 record suggests. His 2 losses are to top prospects, well 1 really good prospect (which was a majority draw you could argue he won) His draws were shady too! His problem is he's always the away fighter. But last time out he beat a 6-0 guy so he's finally got some momentum. This is a dangerous fight for a 1-0 untested teenager!!!

Tapology members can make predictions for upcoming MMA & Boxing fights. PBC on FOX Fight Night is still open for picks to be entered. Create an account to make your predictions.