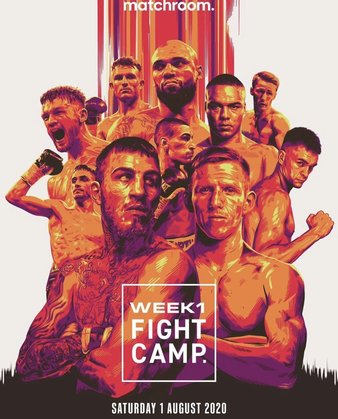 Also I never been to a cat house. Hookers are gross.
I prefer strippers who have sex for money.

A fantastic Fight card produced by Eddie Hearn and Matchroom Sports UK last night, Saturday 01st August on Sky Sports. The set up looked fantastic, as most Boxers will not get a chance to have that kind of Ring walk in their career... The 5 Bout card all had competitive battles... Jordan Gill outclassed Reece Belotti with his Boxing ability and movement, but Belotti never stopped trying. Dalton Smith showed why he his one of Britain's brightest young Boxing prospects and he has a big future at 140lbs, but Nathan Bennett pushed him to compete through the first 4 Rounds, before Dalton caught Bennett with great shot. Fabio Wardley looked excellent in his first step up contest against Simon Valilly and he finished him off in excellent style in the 3rd Round. James Tennyson was put in with a tough guy, in Gavin Gwynne for the British Lightweight Championship 🇬🇧 and finally broke him down in the 6th Round to get a finish, after a tough first 5 Rounds. Finally, Ted Cheeseman Vs Sam Eggington was a contest, which will surely be up their for British fight of the year... I personally thought Cheeseman won the close 12 Round contest and definitely hit Sam with shots that shook him to his core a few times. Sam Eggington did himself proud by staying in and competing strongly with Cheeseman right to the end and it made for a cracking fight that produced fireworks at times... A fantastic post fight speech after the bout between Ted Cheeseman and Sam Eggington, it was touching to see how Ted Cheeseman reactly to his hard fought Win and also how humble Sam Eggington was to close decision loss 🤔🥊👊👍

Tapology members can make predictions for upcoming MMA & Boxing fights. Eggington vs. Cheeseman is closed for new predictions. 99 total members made predictions on this event, breaking down as follows below.

Leaderboard of the best predictions by member: Eggington vs. Cheeseman Leaderboard