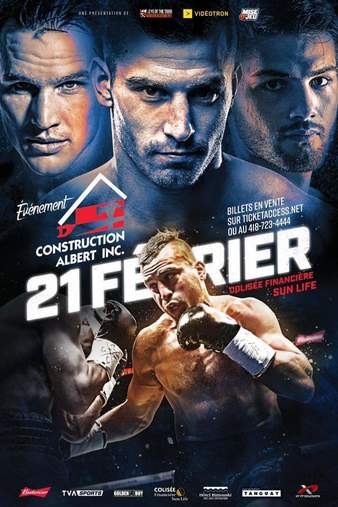 Oganesyan vs. El Massoudi
Artem Oganesyan, DEC
Oooooooh boy. Poor, poor soul is El Massoudi. He's in for a rough night at the office. It could be over quick. It "could" go on for 6-8 rounds, either way he's getting finished off. Honestly. If I was asked to pick out the next reeeaal young, World Title holder..... I'd probably, most likely, maybe, definitely yea take Artem Oganesyan. The kid is a legit ******* problem. ALREADY. Annnd he's not even old enough to legally drink alcohol or buy cigarettes yet. He'll be 21 in a few months. What an outstanding amateur career he had, going 88-3, 65kos. And of course. His losses were highly controversial. He's just got EVERYTHING you look for in a real world beater, he just ooozes talent & the potential / upside is damn near endless. He's a complete fighter with surprisingly good athleticism, very sweeeet & crisp technique, and an outstanding ability to put pinpoint accuracy and precision on all his shots. And how he mixes up his offspeed shots with his power shots is a real thing of beauty. and then to think he's not even in his athletic prime yet. That's ****-king scary. It wouldn't surprise me to see Oganesyan in a World Title Fight in like 4 fights.

Yeah, there's some talent up in Montreal with this Eye of the Tiger promotion. A lot of Russian, Kazakhs and of course there's an Uzbek or 3!! They are everywhere at the moment!!!  This promotion is where Artur Beterbiev 1st arrived in North America.
I agree with you about Oganesyan. But 2 guys I rate even higher are Sadriddin Akhmedov and Heavyweight Arslanbek Makhmudov. Akhmedov headlines a show next month, he is also 21 and a future champ. Makhmudov is about ready for top 15 guys and moving inti contention.  Look outfor these guys.
the only thing I'd say I don't like about this promotion is they dont really test their guys. A lot of squash matches, which is all good until they have a title fight vs a legit guy andthey  aren't prepared. But, still overall I like Eye of the Tiger. Good place to spot prospecta

Tapology members can make predictions for upcoming MMA & Boxing fights. Oganesyan vs. El Massoudi is closed for new predictions. 95 total members made predictions on this event, breaking down as follows below.

Leaderboard of the best predictions by member: Oganesyan vs. El Massoudi Leaderboard

domain
Eye of the Tiger Management