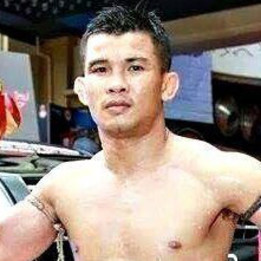 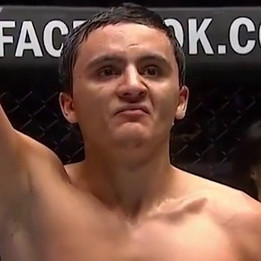 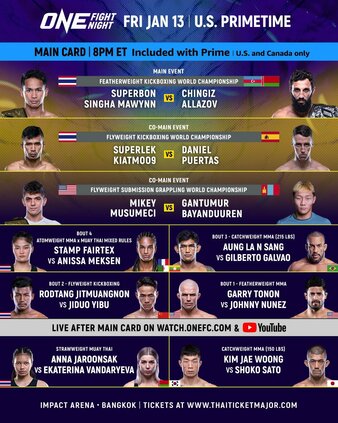 ONE Fight Night 6: Superbon vs. Allazov
"The official Tapology discussion thread for the event!" (3 months, 4 weeks)

Allazov vs. Doctor 2 should be made after this. Allazov has a jaw of steel, he literally took Enriko Kehl's punches like they were nothing in his ONE FC debut (and in my opinion Allazov should have won that decision from the judges) but in Bellator Kickboxing Petrosyan with a good timing jab left sitting on the canvas to Allazov and categorically defeats him in the scorecards. Petrosyan is surely already more recovered from his KO loss and with the fact that Giorgio won the ONE Kickboxing Grand Prix and the first fight an immediate title shot in the rematch against Allazov would not be unreasonable.

One Championship is the best COMBAT SPORTS PROMOTION OF THE WORLD, HOLY **** 🔥🔥🔥🔥🔥

I predicted Garry Tonon 1st Round Sub just like most of us but I guess I accidentally clicked on Nunez before I submitted my picks, FML!!! Always take a second look before submitting your picks!!