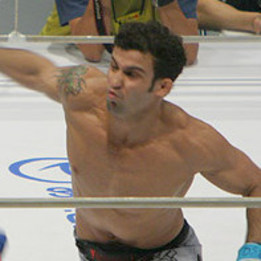 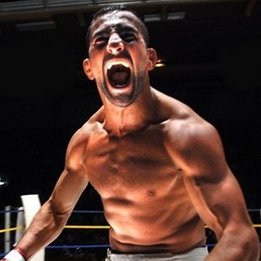 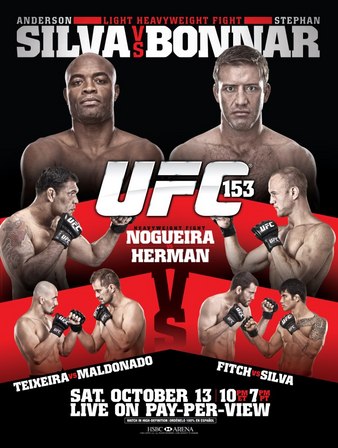 The first bout of UFC 153 saw Reza Madadi take on Cristiano Marcello in the lightweight division.

Marcello landed some good body shots from the clinch as Madadi pressed the attack. Madadi was unharmed by Marcello's attacks, but he was cautious during most of the early exchanges until landing a pair of big hooks midway through the round. Marcello ran backwards with his chin in the air and ate some big punches. Madadi got a solid takedown before the end of the round.

Madadi kept the momentum going in the second, landing jabs at will with powerful left hooks behind them. Marcello landed some solid shots of his own but he was bleeding from the nose and clearly lacked Madadi's power and defense. Madadi had a cut on his forehead but he was walking forward consistently and stunned Marcello with a right cross then chased him around the cage, landing big shots. Madadi landed a few more shots then got a double leg takedown. The referee inexplicably stood the fighters toward the end of the round, earning a sharp rebuke from commentator Joe Rogan.

The lightweights were content to sling bombs in the third and again Madadi was walking forward as Marcello countered while backpedaling. Madadi got another easy takedown and was warned to stay busy from the referee then stood of his own accord. Madadi landed some big jabs but was bleeding profusely from a pair of cuts on his forehead and Marcello landed a nice spinning back kick and a knee from the clinch. Madadi slowed his pace in the second half of the round, which allowed Marcello to get back into it, landing strikes at will.