This bout was rumored for this event but never officially scheduled. 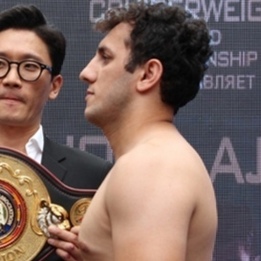 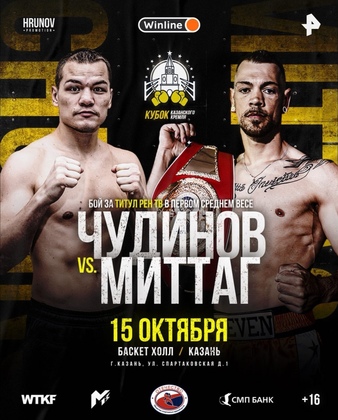 Beat me to it Axx, wss just about to post the link!! Haha

Can Fedor Chudinov do what no other Pro Boxer has been able to do and Stop Ronny Mittag, who is ultimately a lamb brought in for the slaughter in this fight, even if it goes the distance... Mittag is a decent German Middleweight, who in recent times has only just moved into the Super Middleweight Division and Not scored a decent Win since moving up... Mittag also hasn't fought against a tough as nails pressure fighter, who carries decent punching power, combined with good speed in his shots throughout his Career either... I refer to Chudinov as the Russian Middleweight Terminator and at this point in his career, he will be hoping to make himself relevant to the World again, hence why they have flown an half decent, moderate punching, European level Boxer, to give Chudinov the opportunity to be the first Boxer to Stop him... The vast majority of prediction guys expect this fight to be a one sided beatdown, but one that goes the distance as stated earlier... I on the other hand expect Chudinov to Stop Mittag before the bell sounds to complete the bout. He has the artillery and experience, along with his added power and pressure to do so, predicting Rounds 7 - 9 for the finish, so for all you who predicted, don't be shocked... For a pure Boxer, Mittag's Boxing Record also shows that he his there to be hit and surely he didn't come all this way to roll over and lose, so he Must stand in the pocket at certain stages of the bout, plus after halfway, he will certainly tire and Chudinov with the way he boxes tends to get stronger and stronger... I stand by my Main Event prediction, but I have been wrong before... We'll just have to see how the bout plays out... Chudinov to Win is ultimately my prediction 🤔🤑🧐💯🥊💪👊👍

The Boxing Events, including this evenings festivities, promoted by Vladimir Hryunov and the Russian Boxing Federation certainly looks the part and always has plenty of Fights on the Undercard, combined with music and entertainment, but I don't quite understand why they arrange the FightCard s to have so much time between the Undercard bouts and the Main Event bout, when the atmosphere is lit and the crowd are ready and anticipating action... You would assume that a 30 minute break in Boxing action would be too long, but the Russians tend to do an Hour plus sometimes... I definitely prefer the UK and US method of Boxing Promotion and FightCard layout, because it just makes logical sense for the fans in attendance and the viewers watching around the world 🤔🤑🧐💯🥊💪👍 So come on, let's goooo!! 🤔🤑🧐💯🥊💪