Francesco Grandelli defeats Antonio Rodriguez via KO/TKO at 2:45 of Round 1 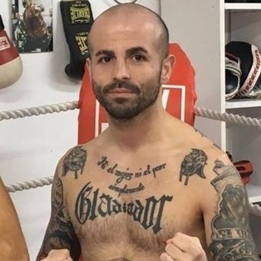 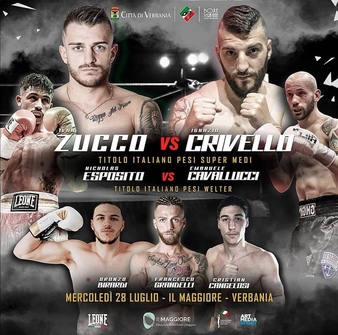 Zucco vs. Crivello
"The official Tapology discussion thread for the event!" (1 month, 4 weeks)

I'm saying that Chocolatito isn't the second coming of Floyd Mayweather, Jr. that he was hyped up to be.

Honestly, that's 1 of the dumbest things I've heard in a while Tepid. No one ever said Gonzalez was the new Mayweather!!! You may be confused (wouldn't be surprising!) What was said was when Mayweather retired after Berto, Chocolatito was close to 50-0, a 4 weight World Champion, with over 30 KO's (yeah what a ****** hype job bum eh!) What was said was that Chocolatito was in position to become the new no. 1 P4P, which he was with Ring and the TNRB and any respected boxing insider!!!
Yes, he then lost to Rungvisai x2, 1st fight he was not robbed but lost a decision he should have won(much like the Estrada fight(fight of the Year, again what a hype job!!) Then he was KO'd cold, no denying that.

But you don't even know what happened in the 1st Rungvisai fight. So, you know, maybe actually know what you're talking about before making statements like "Chocolatito is overhyped"
Agains, 1 of the dumbest things I've heard in a while, and I've seen some ****!!

Tepid, do me a favour. Please don't comment to me about boxing ever again.
I'm kinda joking, kinda not!!!