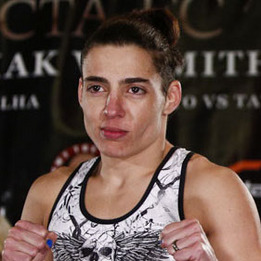 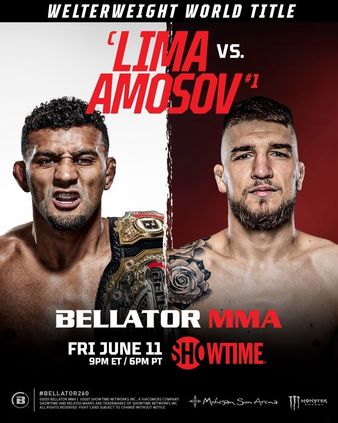 This is at least 5x now that he's lost due to exactly this. Dude can't defend takedowns to save his life. Ben Askren dominated him 9 years ago and he has made virtually no improvements since then. Was always a slightly overrated champion for this exact reason. Great fighter in almost all areas, but his overall wrestling came is subpar as **** - and it's honestly shocking to see that he hasn't improved at all over the course of a decade despite having to train for multiple wrestlers since then.

Amosov is a good champ for Bellator. With Khabib retired, he has the best record in MMA, and after a few title defenses there is an argument to be made that he may be top of his class at welterweight. Obviously an unpopular opinion, but the dude is one of the more well-rounded fighters you could ask for, pretty great at all aspects of MMA. Something Lima never was.

Wow, I actually did good on this event. And yeah, Lima's struggled with the wrestling since forever. I wouldn't say he's made no improvements but he hasn't kept up with the offensive wrestling of the top fighters.

Not Bad for a Filthy Casual