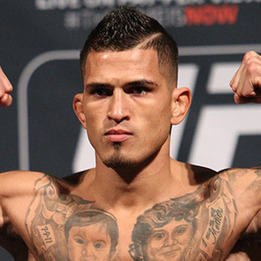 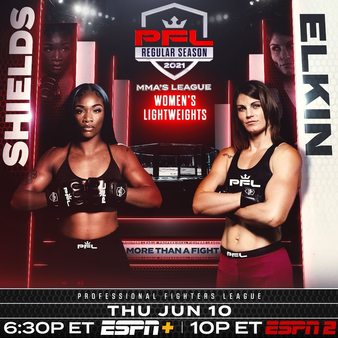 I have a tremendous amount of respect for Claressa Shields. She struggled, no doubt, but she overcame big time adversity and won. She pushed no Boxing > MMA agenda despite being a top-of-her-class athlete in boxing. She approached this fight as an MMA fighter and fought an MMA fight. She had a nice sprawl a couple times, she initiated the ground game a couple times when she could've very easily let Elkin stand up.

You could say that was bad fight IQ, but I look at it as a boxer truly up the task of fighting an MMA fight. Her opponent has a bad record, but that doesn't matter. It's her first MMA fight and it was against a BJJ brown belt. She could've declined and fought a striker who had a similarly bad record. She took one of the harder paths to her first MMA win and I think she should be commended for it.

She defended an armbar, she clearly knew what she was doing defensively as a grappler. She just wasn't experienced enough yet. I think she deserves nothing but props for this. There is a reason virtually no other pro boxer will do this. She seems genuinely interested in making a run at MMA, even after struggling last night. She used it as learning experience and seemed to have a blast.

I think anyone saying anything negative about her needs to not. People **** on boxers only challenging MMA fighters in boxing fights, and Shield didn't do that. She took an MMA fight and made her first fight come against a grappler, devoted 6 months into defense and sprawl training, and she won. Massive respect to her and I wish her well!

@Mikelovestacos,
The problems is Claressa was braggin the week prior the fight that she already could beat half the the 155pds PFL roster and she was very close to lose againts a girl who was know to not being able to take punch.

I dont know why theres that much noise about her switch to MMA, it was lot less then that when Holy Holm made the same move and i'm pretty sure Claressa shield MMA career wont be close to wath Holy Holm did.

^^^°she talked a big game and looked like dogs ****. Then celebrated like she won the Pride Grand Prix.