Darvin Galeano defeats Fernando De la Rosa via KO/TKO at 0:51 of Round 1 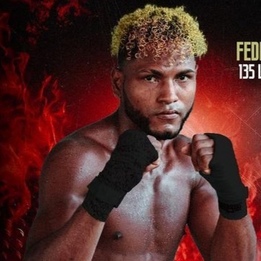 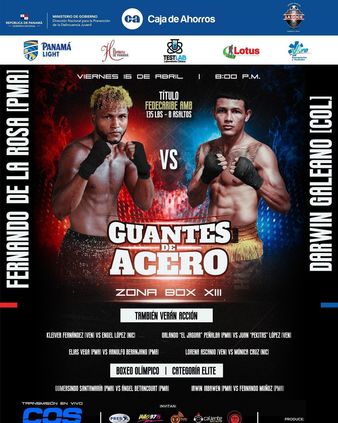 Penalba vs. Lopez
Orlando Penalba, DEC
The main reasons why my country Panama no longer has so many prospects to be world ranked, is because there are many good boxers they lose track and they do not box in 2-3 years and if the age returns it affects their performance. The other reason is that matchmaking sometimes schedules interesting prospects causing someone to lose that momentum when he is defeated. A famous promoter in my country managed the career of a couple of Cuban prospects who settled here in Panama, the result: Of those Cubans, several are world ranked in the WBA and one was even a world title challenger. Orlando Penalba is 10-0 (2 KO) and in his last fight he beat the Venezuelan prospect Keiver Fernandez, I hope his agent gives him a good handle and little by little they take him to the stage of a world title (currently Penalba is the World Boxing Organization Latino Super Fly Title, which is supposed to lead him to be a world challenger for the WBO in the near future).

Henao vs. Bustamante
Monica Henao, DEC
Honestly, the records in women's boxing are something incredible: you can see a number of draws and split decisions because literally in those 2-minute rounds those women are going to give and receive punches. Although women's boxing is not as technical, it is good to know that it is not as politicized as men's boxing. We can see world champions of good level who have 10 losses as professionals and even boxers with negative records (under .500) that are difficult tests for the top prospects. He has a bit of that classic boxing mystique. I believe that Henao should take the decision because she has more experience and those times that she has not won (draws or losses) have been very close decisions.