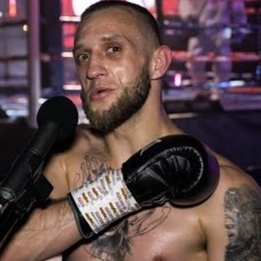 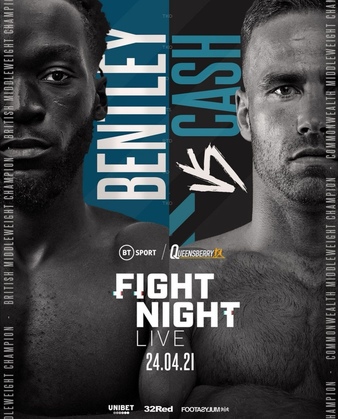 Bentley vs. Cash
"The official Tapology discussion thread for the event!" (3 months)

Mikey1903, what are your thoughts on the Kamil Sokolowski Vs David Adelaye fight??? Surely Sokolowski should have been awarded the Decision victory... 🤔🧐🤑💪💯🥊👊👍

Even though Denzel Bentley had 2 competitive fights against Mark Heffron from Oldham last year, drawing the 1st contest, then Stopping Heffron in the 2nd fight for the British Middleweight Championship, with a legitimate backhand Right that broke straight through Heffron's guard and unfortunately broke Heffron's eye socket, he was no real match for the New British and current Commonwealth Middleweight Champion, Felix Cash this evening, who Stopped Bentley in dramatic fashion in the 3rd Round of a scheduled 12, with 5 ramrod straight power punches to the head of Bentley, without any reply and whilst Bentley was trapped against the Ropes, causing the Referee to quite rightly intervene and Stop the Contest, before the situation got any worse... Cash was fast out of the blocks in Round 1, patient with his Boxing in Round 2, spending time just looking for openings and just analysing Bentley's movement in the Ring, which was similar to the 1st fight that Bentley had with Mark Heffron last year, falling into the corners and moving too often in the same pattern to the left... In the 3rd Round, Cash once again pushed the tempo and the finish of Bentley was simply a fabtastic performance from one of Britain's finest young Boxing Talents... #and the New British Middleweight Champion, Felix Cash... Eddie Hearn will be pleased, Frank Warren will obviously be pissed, especially since he Won the purse bid, forcing Cash to fight on a BT Sports Show, Cash will feel elated, as he proved the old adage, there are levels in Boxing, when you push through against different competition aiming to one day fight for a World Title and Win one and to finish/conclude (pardon the pun) Denzel Bentley is young, determined and a decent fighter, so he will no doubt come again, after a good rest and a revisit to the drawing board!! 🤔🧐🤑💪💯🥊👊👍