Michael Magnesi defeats Patrick Kinigamazi via KO/TKO at 2:32 of Round 5 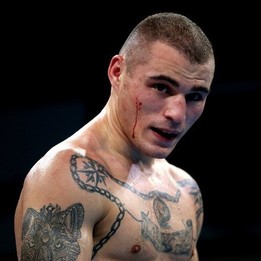 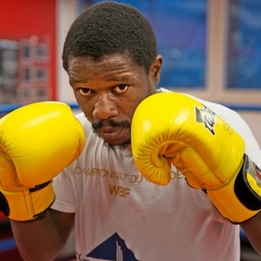 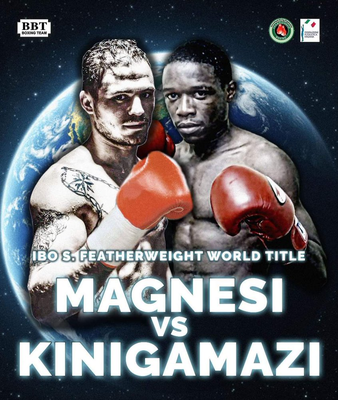 Magnesi vs. Kinigamazi
"The official Tapology discussion thread for the event!" (7 months)


Patrick Kinigamazi is not a puncher boxer, and in Italy he simply won’t be given a victory on points, plus after an illness at Covid-19 he will not be able to show his best boxing.


The match between the Italian fighter Michael Magnesi and the Rwandan Patrick Kinigamazi will take place at the sports hall in Fondi on November 27th.

In reality, the highly anticipated match, which will bring the boxing that counts back to Italy after more than 11 years, was on the agenda for 6 November. But Covid-19 had stopped Kinigamazi before leaving for the beautiful country: positive.

Now the Rwandan boxer has finally tested negative for the swab. He will perform another one in the next few days as per protocol, but what is certain is that Magnesi will be in the ring on November 27th to win the most coveted belt: the world championship. Barring further unforeseen events, the undefeated "Lonewolf" Magnesi, originally from Palestrina, raised in Cave and resident in Civitavecchia, former Italian champion, IBF Mediterranean champion, IBO intercontinental champion and WBC Silver international champion, will meet his designated opponent which knows no defeat since 2012. In the event of new problems, another challenger is ready.

Regardless of the contender, the preparation by the Lazio boxer continues at a great pace. With Magnesi who continues to say he is ready to fulfill his dream of climbing to the top of the world. A possible victory that he has repeatedly stated that he wants to dedicate to the Italian people in this difficult period ”.

Chris De La Rocha is 42 today! Send him a Tweet.