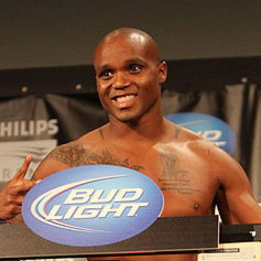 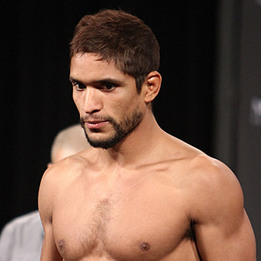 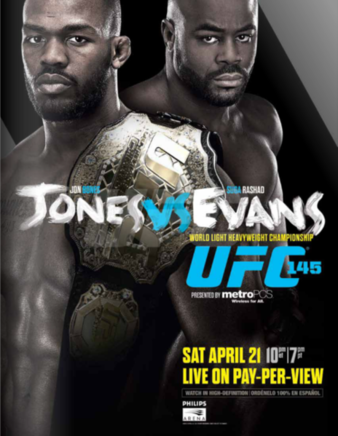 Blanco and Brimage took to the cage for the first bout of the preliminary card.

Blanco went low then high with a pair of kicks to start. Brimage circled then tried to press forward with punches, but Blanco stayed just out of his reach. Brimage extended his punches and started to land in the pocket midway through the round. Blanco backed away from his kicking strategy and Brimage continued to T off as he closed distance.

Brimage opened with a strong leg kick in the second as Blanco seemed hesitant to commit. Blanco began landing a few kicks to the body after the opening minute then landed a flying knee, but Brimage powered through another exchange and nearly got a takedown. Blanco got clipped on the way in but landed another knee with a cross behind it. Brimage came forward in the last minute and Blanco landed a solid counter.

In the third, both fighters started tentative, feeling the distance. Blanco seemed content to sit back and counter as Brimage looked to dart in occasionally. Brimage knocked Blanco down with a leg kick but the Brazilian popped up quickly. Blanco landed a nice kick near the end of the round and Brimage landed a nice left hook counter.

The two engaged in an impromptu somersault contest following the final bell, playing to the crowd.

Here @ universal studios about to have a blast

Thanks dogg RT @TheeRezac: BTW @Brim205 does have the best looking @Punishment99 shirt in a while! @knockoutradio http://t.co/6mmqKfrg

Headed to Macdill AFB to visit my dogg from BMT &amp; Tech School...I know some guys from the 117th SFS gonna hate me for the fun I'm gonna have

Ok ya'll I need input who should I fight next?

Guess who I ran into after my fight http://t.co/JfEXKlSJ

Thanks for all the luv in support....I'll holla @ ya'll after my fight

20 hours and 9 minutes
before

Ya'll better jump on this....wish I was home for it RT @Wale: Alabama for the night... What it do

Thanks I will RT @hdrawdy52: Getting excited about the @JonnyBones and @SugaRashadEvans fight this (cont) http://t.co/wEUczjSX

Be sure to checkout my Facebook fan page....its totally whack @ the moment, but I'm.busy now, after my fight it'll be tha shit

6 days and 56 minutes
before

Aww shit @titoortiz put that dome to work and now @Punishment99 is now sponsoring me for my @ufc145 fight,thanks guys I really appreciate it

this skit is funny as hell if u luv mob movies & super mario bros. check this out...lmao Brotherly Love: http://t.co/FTdDBDT5 via @youtube

Watching #southbeachtow with my dogg @thetruth3602001

Thanks dogg RT @Mmanarchy: @Brim205 dude gained a huge respect for u after listening to the MMA hour. U seem like a genuinely awesome guy