Denis Purić defeats Chuck Mady via KO/TKO at 5:00 of Round 2 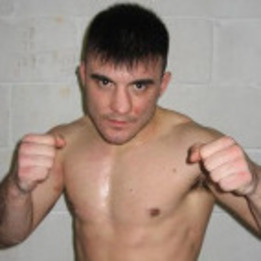 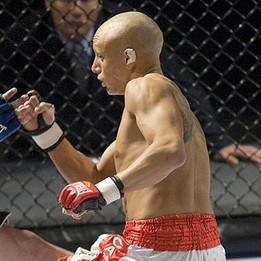 "The Bosnian Menace" "The Energiza Bunny" 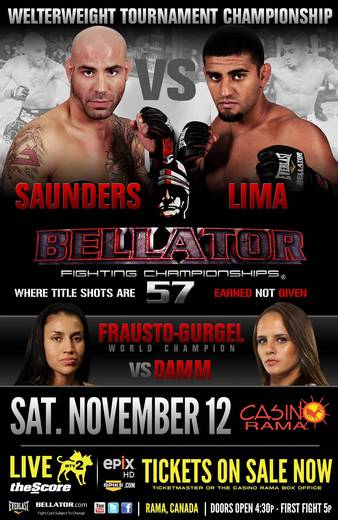 Mady and Puric took to the cage for the third bout of the preliminary card in the bantamweight division.

Puric landed a nice outside leg kick to start the bout as Mady circled. Another leg kick landed for Puric then Mady came forward with a head kick that missed. Puric went inside with another leg kick then missed on a left hook before landing a flying head kick against the cage. Puric landed a spinning back kick to the body, then another as Mady circled cautiously. Puric landed a roundhouse kick to the body after a spin and continued to be the busier fighter. Puric slipped after landing another spinning back kick but got back to his feet before Mady could capitalize. Mady landed a nice right hand then got rocked coming forward with a right hand and a follow-up head kick. Puric backed off when Mady weathered the storm and fired back. Puric went on the attack again and landed a stinging right hand before backing off again. Mady took a leg kick then landed a glancing spinning back fist. Puric drove in and secured a takedown in the last ten seconds of the round.

Puric went back to work early in the second with a nice combo, landing a body kick and a right hand over the top. Puric tried a tornado kick that missed then got hit with a leg kick. A wild exchange ended with Mady backing off as Puric landed some hard punches to the head and body. Mady dove in on a takedown and got it, but Puric scrambled back to his feet quickly as Mady fell to his back in the confusion. Puric fired off kicks to Mady's legs as he stood over him then the referee restarted the action on the feet. Puric knocked Mady down with another flurry of hooks then let him stand. Mady dove in on a deep takedown but Puric stuffed him and took the top position, landing some elbows from the top before standing and finishing out the round on the feet.

Mady elected not to continue into the third round because of a broken jaw, giving Puric the TKO victory.

Off to Orillia for Bellator 57. Weigh ins 2morrow. For more details check out Bellator.com or spike.com

8 days away Bellator Fighting championship the bosnian menace vs chuk mady u do not wna miss it. Be there or watch it live in the spike.com

Marcos Rogério de Lima is 35 today! Send him a Tweet.