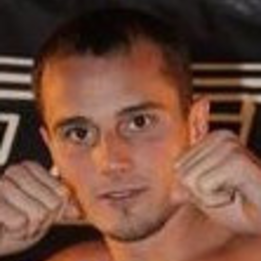 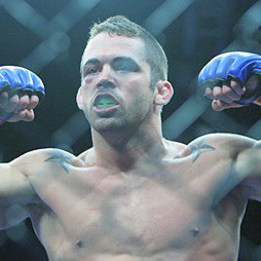 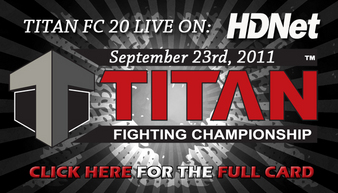 Varner and Cochrane took to the cage for the main event of the evening.

Cochrane landed a good right cross then backed Varner up with a front kick to the chest. Cochrane went on the offensive with another front kick. Varner missed on a left hook and got tagged with another right hand and another hard front kick to the body. Cochrane landed a jab, another cross, and Varner lost his balance as he retreated. Varner landed a right cross as he took a leg kick. Cochrane came forward and landed a jab. Varner landed a kick to the body. Cochrane landed one of his own and lost his balance momentarily. Cochrane came forward and landed a nice 1-2 combo before rocking Varner with a combo against the cage. Varner got double underhooks and pushed Cochrane into the cage, picked Cochrane up and slammed him down, but Cochrane scrambled back to his feet immediately. Varner dropped for another takedown and got it, attaining mount soon after, where he fired off some ground and pound in the final ten seconds.

Varner landed a 1-2 combo to start the second and a halt was called when Varner lost his mouth piece. Cochrane came forward aggressively and crushed Varner to the body with another front kick, dropping him. Cochrane grabbed a front headlock then both fighters stood and exchanged. Varner shot in for a takedown against the cage and got it. Cochrane got back to his feet and landed a right cross as he walked Varner down. Varner shot in for another takedown and Cochrane defended and landed some nice hammer fists to Varner's ear. The fighters stood and separated and Cochrane went to Varner's body with a hook before landing another kick to the body. Varner secured another takedown and maneuvered to take Cochrane's back against the cage. Cochrane spun Varner around and landed on top in Varner's half guard. Cochrane worked some short elbows and fought off a Varner kneebar attempt, landing a nice hammer fist in the process. Varner drove forward for another takedown but Cochrane defended and got back to his feet. Cochrane continued to back Varner up with strikes. Cochrane landed a jab. Cochrane landed a glancing jumping knee.

Cochrane came forward with a jab to start the final round then staggered Varner with a right cross. Cochrane went low with a right cross to the body as Varner continued to miss on punches. Cochrane knocked Varner's mouthpiece out with a hook. Varner secured a double leg takedown in the center of the cage and moved to half guard. Varner worked some strikes with his left hand then Cochrane rolled him and wound up on top in Varner's half guard. Cochrane landed a nice right elbow as Varner reclaimed full guard. Cochrane landed another nice right hand to Varner's chin then a left that cut Varner's lip open. Varner looked bloody and defeated as Cochrane continued to work him from the top. Cochrane pushed Varner into the cage and continued to press down on his hips. Varner got to his feet against the cage and leaped into a flying triangle choke that Cochrane defended. Cochrane went on the offensive with more devastating elbows from the top before the bell rang.

The official scorecards read 30-27 across the board for Cochrane, giving him the upset decision victory.

Oh how I missed this http://t.co/PHjpgpoP

I gave fighting another shot I need 2 thank u guys 4 ur support! But I just don't have it anymore. Love u all but ull never c me fight again

7 hours and 25 minutes
after

Fights start @ 7pm. Watch fights@Barneys Boathouse in Scottsdale on 6th. Tell them you're with Jimmy on 2nd floor. http://t.co/sSrYTO1s

3 hours and 59 minutes
after

3 hours and 4 minutes
after

5 hours and 1 minute
before

17 hours and 59 minutes
before

@NickPaceMMA had to stop in at cvs and look what he just HAD to get! http://t.co/GBHiUkkA

18 hours and 47 seconds
before

19 hours and 27 minutes
before

Any of my KC residents know how to Braid hair or know anyone that does? Let me know bec I am in dire need for the fight tomorrow

19 hours and 51 minutes
before

“@Kholt456: Thinking about leaving Sprint for that new iphone 5. I own all other Apple products” do it buddy Verizon is the best

19 hours and 56 minutes
before

1 day and 2 minutes
before

Food now, fight tmrw, then maybe some @RockHardWeekend after. Ya never know. Haha.

1 day and 2 minutes
before

Just made weight so pumped, now we need a ride down town to PF changs down town to get some good food in us! @HDNetFights @ko_reps

Gotta drop 3lbs then I'm on weight;) Feeling great about it easiest weight cut I've ever had! @HDNetFights

@MikeChandlerMMA nothing against you buddy! No since in losing a main event... And I'm pretty sure it's gonna be close to where I'm living

With in 6lb's today I'm a Lil a head of schedule... Leave for the fight tomo weigh in on Thursday! @RichieV_NJ and @nickpacemma cornering

Check out @mmawarehouse facebook page. They are running a @ufc pick em contest.

MOSAIC at the power and light district is always poppin, theres like 10 other clubs in that same area its like a mall of bars” @ko_reps

Need to start the push for 10k so if u help me get there I'll randomly pick some followers for give aways! @UrijahFaber @arielhelwani @ufc

ladies win a pair @RockHardWeekend yoga pants! RT me and them why your booty is deserving!! @RyanLoco @UrijahFaber tell all ur ladies pls

“@josevega135: @jamievarner how u feelin big feller. Ready to put on a show n kc”yeah boy!

I may have something special for my lady friend followers. How about some booty shorts from @RockHardWeekend ?!

Yessir. Thanks RT @DanMiller185: @jamievarner has been looking good at @AMAFightClub . I believe he fights next week.

Looks like @mmawarehouse has 3350 followers. When they hit 3500 I'll give out some free swag. Spread the word!

How are u spending ur sat? I'm at my buddy's kid's football game;) and I'm freaking starving

Perfect timing on some new training gear from @revgear via @mmawarehouse . It's almost fight week!

Great KB session @AMAFightClub now I gotta hit strength and conditioning! Look at what I got to come home 2 @GammaLabs http://t.co/0AvtHEkT

Great day of training I'm so beat! But deff looking forward to tomorrow's adventures. Starting @AMAFightClub with KB then S&C in Hoboken!