John Hawk defeats Allan Weickert via KO/TKO at 5:00 of Round 2 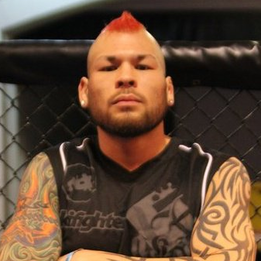 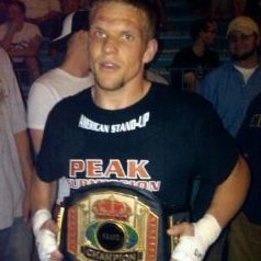 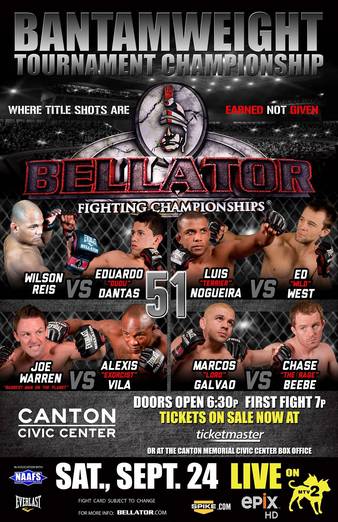 Hawk and Weickert took to the cage for the second bout of the preliminary broadcast in a light heavyweight tilt.

Both fighters came out looking to engage early with big punches. Weicker went low to the body while Hawk concentrated on the head, but neither landed cleanly. The larger and longer Hawk began to back Weickert back with 1-2 combos. Weickert clinched Hawk against the fence but took a hard knee to the body and separated. Hawk backed Weickert into the cage and cut his nose with a flurry of strikes. Weickert landed a right cross on a stalking Hawk, but Hawk clinched him and pushed him back into the cage. Hawk worked punches and elbows against the cage before disengaging. Hawk walked Weickert down with more punches and initiated another clinch. As the fighters separated again, Hawk landed some clean straights to Weickert's increasingly bloody face. Weickert landed a nice right cross but Hawk walked right through it and started working Weickert against the cage again. Hawk grabbed a guillotine against the cage but Weickert popped his head free and separated. Weickert wound up and landed a hard right hand, but Hawk clinched him and drove him to the mat. Hawk worked some brutal ground and pound for the remainder of the round.

Hawk came out and walked Weickert right into the cage, where he tossed him to the ground. Weickert popped back up quickly and the fighters reset. Hawk closed the distance and pushed Weickert into the cage again, working knees to the thighs. Hawk created some distance and attacked with a brutal combo. Hawk landed an illegal groin strike, dropping Weickert and prompting a halt to the action. Replays seemed to show that the knee only grazed the cup and that most of the impact was to the midsection. Metheny took a point from Hawk for the infraction, drawing boos from the crowd. On the restart, Hawk continued to get the better of the exchanged, clinching Weickert against the cage and securing a takedown. Hawk worked from Weickert's half guard and dropped some short elbows. It looked like just a matter of time before Weickert was done for, but the resilient fighter rolled to his knees before Hawk flattened him back out and passed to side control. Hawk transitioned to the mount then flattened Weickert out when he turned and offered up his back. Hawk stood then reengaged Weickert on the ground and reattained position in Weickert's half guard. Hawk worked for a key lock at the end of the round, but Weickert survived to the bell.

At the end of round 2, the fight was called by Weickert's corner, giving Hawk the TKO win.