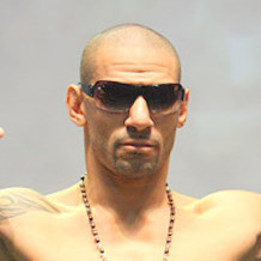 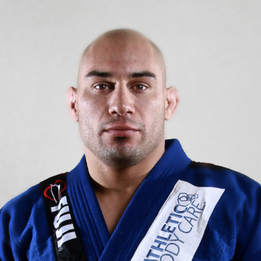 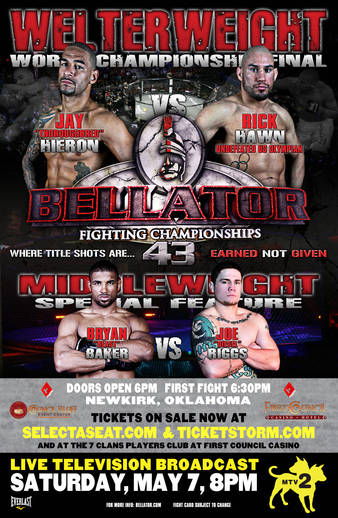 The men start out swinging in the center of the cage. Hieron is getting the better of the early goings, and mixing in kicks effectively to control distance. A good left from Hawn lands near the 3:00 mark. The fighters have yet to tie up. Hawn is having trouble reaching Hieron, and is lunging with Supermans to try to get there. Hieron sees it and is trying to time it with a knee. Hawn lands again, and yet again in the last minute. His most effective sequence of the round. A close first round controlled by Hieron in the early goings, but Hawn came on in the latter half.

The standup continues in round two with both fighters squaring off in the center. Hawn has at least equalized, having figured out the length of Hieron. Now it's Hieron that needs to make adjustments. A brief slip from Hieron near the midway point. Neither fighter has rocked the other despite a good pace in the standup. Hawn is trying to walk him down, and lands a good left with 90 seconds remaining in the second. Another close round as it enters the final minute. Hawn lands again, and is the aggressor.

Hieron's 9 fight win streak is in jeopardy as the fighters enter the final frame of a close one. Hieron resumes leg kicks, but Hawn may have the faster hands. A spinning back kick from Hieron. Three minutes remaining in the fight and Hieron is backing away as Hawn advances relentlessly. Hieron is cut and bleeding from the eye. Hawn begins mixing in leg kicks to the left leg of Hieron. The entire fight has remained on the feet. Hawn lands again in the final minute. Hieron looks busted up. A close fight to call as the final bell sounds.

The judges score the bout 29-28 Hieron, 29-28 Hawn, and 29-28 Hieron for Jay Hieron, who wins by Split Decision to take the Season Four Tournament Crown.

This isn't science but trust me I'm gonna take u too school.. @Benaskrin

Went to the boys town- today to talk to the kids it was sad but I'm happy I can share my story & hopefully a few were inspired!

RISE & GRIND!RT @uselessgomez: Driving to the gym to get a quick workout in before work. The sun isn't even out yet!

TRUE!RT @ralphmarston: If people are not allowed to fail, they will be unable to succeed.

I'm in the hyperbaric chamber it speeds up the healing ;-))

WORD!RT @bigwood13: “The key to success is often the ability to adapt”

Thx 4 the love everybody...

The only bad part is I can't smell this awesome food cause my beak is twisted :-(

Is eating Cuban food & loving it!

WORD!RT @Sports_Greats: If you are afraid of failure you don't deserve to be successful! -Charles Barkley

Jus touchdown in LV it's good to be home...

On the iron bird in Denver about take off wheels up!

HAPPY MOTHERS DAY WITH OUT YOU THERE WOULD BE NO US!

My nose was broke from my last fight 3 weeks ago I tried to mot get hit in it but it's the hurt bis. I would have liked more time to heal

Thx everyone one 4 the support I appreciate it..

Thx big broRT @SugarRaySefo: @mastermitter Good to hear coach we're with you and @Jayhieron in spirit and Good Luck for tomorrow!!

17 hours and 43 minutes
before

17 hours and 43 minutes
before

Thx everybody 4 the support 2moro is gonna be a gr8 night!!

I feel great all hydrated back up..

21 hours and 31 minutes
before

Thx kid.RT @tjlavin: @Jayhieron get em this weekend homie. Dig deep & make it happen, you got this!

@ErikApple: Good luck to @Jayhieron this weekend. The dude is a badass

About to board the iron bird!

About to start the journey to oaklahoma.

4 days and 4 minutes
before

Thoroughbred...RT @JordynLaneH: @Jayhieron geez! You've had like 3 fights in the last 3 months.. You're an animal! Lol

I'm still lol..RT @lyc4nthrope: @Jayhieron yo your profile pic looks like you taking a huge shit! RELEASE THE KRAKEN!!!

6 days and 43 minutes
before

Hahahahaha...RT @lyc4nthrope: @Jayhieron yo your profile pic looks like you taking a huge shit! RELEASE THE KRAKEN!!!

6 days and 46 minutes
before

Is about to get a massage..

Watching the fights with the homie @tjlavin..

RT @MDashPoca: everyone tune into MTV on sat may 7th. check out my boy @Jayhieron aka the wild stallion fighting in the finals @BellatorMMA

TRUE!RT @Sports_Greats: Accept challenges so that you may feel the exhilaration of victory. -Unknown