Richard Hale defeats Nik Fekete via Submission at 1:55 of Round 1 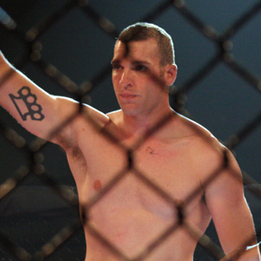 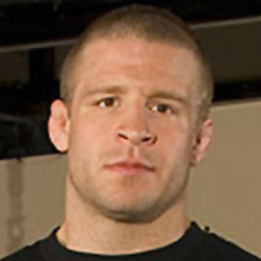 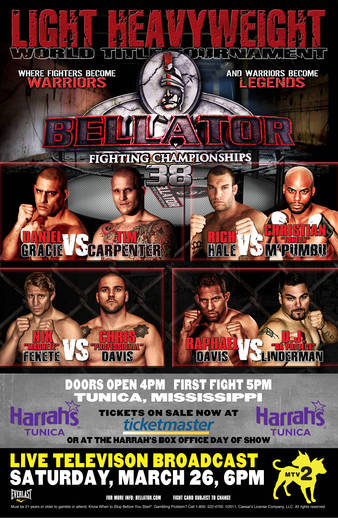 In the second televised bout of Bellator 38, Nik Fekete took on Richard Hale in a light heavyweight tournament quarter-final matchup.

The much taller Hale came out circling around Fekete. Fekete came forward with an overhand right while Hale threw jabs. Fekete shot forward a minute in and lifted up Hale for a takedown, landing in side control. In a beautiful move, Hale flipped his legs up and around Fekete's back. Fekete stood up to escape and found himself in an inverted triangle choke. Fekete fell to the ground as Hale tightened the submission and pounded Fekete's side with punches. Referee Jason Herzog monitored the situation until realizing Fekete had already been choked out cold, and called the fight off as Fekete slumped forward unconscious. The move marked the second time in just four seasons that an inverted triangle choke was used to win a Bellator tournament bout.

The official end came at 1:55 of the first round in a submission-of-the-year candidate. Speaking with Jimmy Smith in the post-fight interview, Hale commented, "It's just what I train man, I train to fight like a little guy... I like being on the ground too... he walked himself right into it... nobody knows what's coming... I'm recreating the game at light heavyweight."

Video of the inverted triangle submission pulled off by Richard Hale at Bellator 38 over Nik Fekete.