Kyle Noke defeats Chris Camozzi via Submission at 1:35 of Round 1 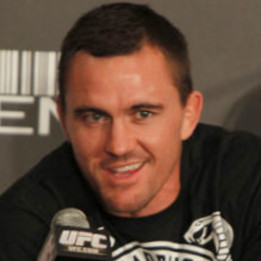 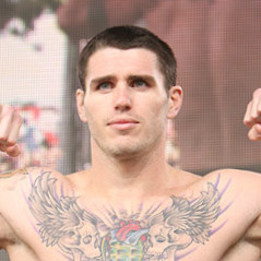 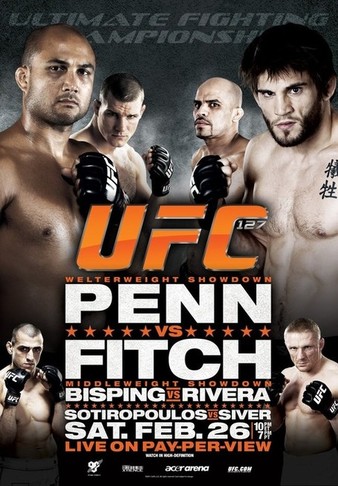 Ultimate Fighter Season 11 castmates Kyle Noke and Chris Camozzi faced off in the first Pay-Per-View bout of UFC 127 from Sydney, Australia's Acer Arena. In a display of even matchmaking, both men entered the cage 2-0 in their UFC careers, with the winner looking for a bump up into the middleweight contenders mix. It turned out to be the hometown favorite Noke who pulled off the decisive victory, nailing a clean Rear Naked Choke finish at 1:35 of round one.

Both men showed spirited striking through the first minute of action, with exchanges of body kicks and punches. From there, the end came fast. Nearing the one minute mark Noke secured double underhooks on Camozzi and drove him to the mat for a takedown straight into mount. Camozzi attempted to buck and roll, but Noke quickly spun and seized Camozzi's back. Noke then flattened out his helpless prey and secured the RNC tapout to the delight of the Sydney crowd. "Quick and clean" was how Joe Rogan described the victory, which moved Noke to 3-0 inside the Octagon with barely any damage taken.

On the sunshine coast resting and visiting family!!! thanks everyone for there support for UFC 127

Just got to @PlatinumXtreme in Sydney. Ready to get a good sweat going.

Just finished training at @PlatinumXtreme . My weight is good. Ready to get a light run in with @factoryxmt

Ready to crush some food (aka salad) after training at @PlatinumXtreme

My coach @factoryxmt is teaching a class at @PlatinumXtreme tonight at 530 come down and check it out. Were here all day

@ShaneCarwin finally got wi fi and saw you helped me on twitter. Your the man!

Ran around the harbor today in Sydney. Awesome view of all the ships and stuff! Love this city. Training at Platinum Extreme later

Made it Down Under, training and working out at Platinum Extreme in Sydney. Thanks to those guys for welcoming me into the gym. #UFC127

had a great day in Sydney. I dont have internet on my phone here so gotta go old school with the computer

Eating at LAX before the long haul down under! Ready for @Ufc 127

My teammate @nikkomacias needs a fight in march or April. Pro (3-1) 145lb. DM me if anyone is looking for a fighter. Much appreciated pls RT

“@ufc1975: @ChrisCamozzi thats a awesome banner wat do u do with them after fights?” keep them