Urijah Faber defeats Takeya Mizugaki via Submission at 4:50 of Round 1 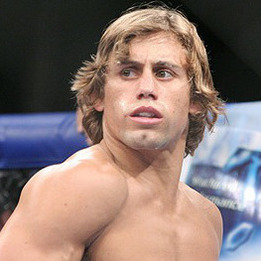 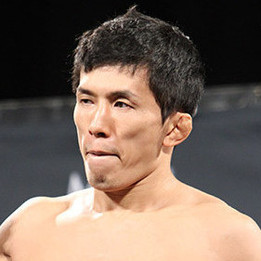 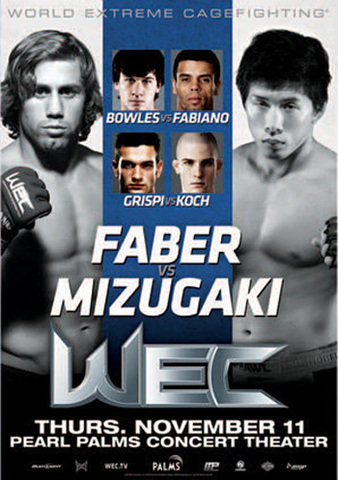 In the main event of WEC 52, former featherweight champion Urijah Faber made his bantamweight debut against Japan's Takeya Mizugaki, a former title contender himself at 135 pounds.

Faber stepped inside to throw strikes early, yet Mizugaki was able to effectively counter with punches of his own. Mizugaki had Faber up against the fence but Faber was able to reverse and throw a solid knee to the midsection. Faber landed a powerful elbow from the clinch that Mizugaki absorbed and gamely tried to fire back against. Mizugaki counter-punched effectively and defended Faber's first takedown attempt. The quicker Faber made his way to Mizugaki's back while standing, looking for a rear-naked choke as Mizugaki stood up against the fence trying to defend.

The fighters fell to the mat with under a minute remaining and Mizugaki looking to survive the submission attempt until the end of the round. Faber would have none of it, snaking his arm deeper and deeper under Mizugaki's chin until the choke was fully locked on. Mizugaki turned to his side but refused to tap, forcing referee Josh Rosenthal to come to the ghostly-unconscious fighter's rescue.

Responding to post-fight interviewer Craig Hummer, Faber commented, "the Japanese have that fighting spirit... I knew I had to do something drastic to put him out... I'm a finisher, I think that's what the division needs." Addressing the question of his move to 135 pounds he stated "I'm at my most competitive weight. It's a new era, baby."

Urijah Faber talks to Fight! Magazine about his desire to fight for a UFC belt.

The WEC produced this preview video to the Urijah Faber vs. Takeya Mizugaki fight at WEC 52.