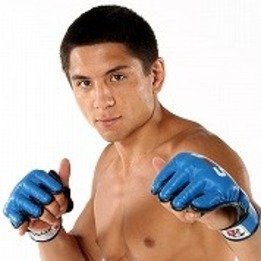 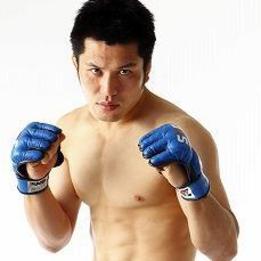 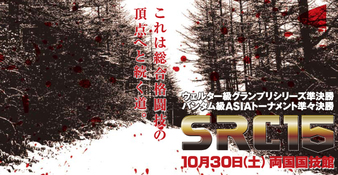 The fifth bout of Sengoku 15 was the first of two Welterweight Grand Prix semi-final matches, when Yasubey Enomoto took on Taisuke Okuno.

Enomoto had a notable height and apparent reach advantage over Okuno and landed effective strikes at a distance. Okuno smiled back at Enomoto after eating some strikes in the clinch. Okuno was game but Enomoto was landing at will on his shorter opponent, standing over him after Okuno fell to his back. Back on the feet a kick from Enomoto landed on Okuno's cup, briefly pausing the action. A left hook from Okuno landed nicely, his most effective punch thus far, but Enomoto fired back with a variety of strikes and knees from the clinch, clearly winning the round.

The more advanced muay thai game of Enomoto was on display again to start round two as he used more effective range, timing, and speed to land on Okuno. Okuno was able to land on occasion but for the majority of the less eventful round was simply outclassed standing up. Enomoto landed a powerful left hand to drop Okuno with 45 seconds remaining in the round and followed up with hammerfists and a footstomp, but the courageous Okuno bounced back to his feet. Enomoto landed a low kick that wobbled Okuno as time expired.

Enomoto continued to pick apart the bruised and battered Okuno in round three, landing body shot after body shot in a brutal display. Perhaps mindful of staying healthy for the finals, Enomoto remained calm and steady as he picked apart Okuno without expending much energy. To his credit Okuno never quit and marched forward until the final bell, but was out-landed in the striking department by an enormous margin and never had Enomoto in trouble.

All three judges scored the bout in favor of Yasubey Enomoto who advanced to the finals of the tournament.