Don Frye defeats Yoshihiro Takayama via KO/TKO at 6:10 of Round 1 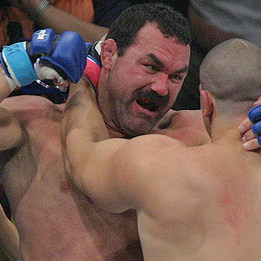 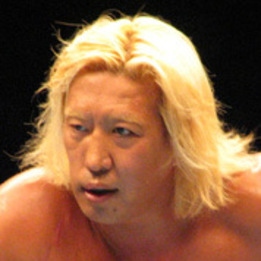 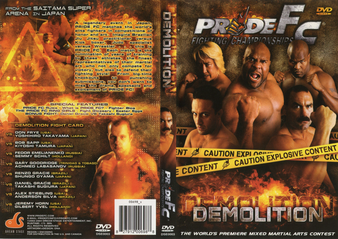 While Takayama had not won a professional fight prior to his Pride 21 contest with Don Frye, he was well-respected by the Japanese audience for his fearlessness in the face of opposition. For his part, Frye was a former UFC Champion who had only lost one fight to date in his career.

Takayama entered the ring first and drew cheers from the Japanese crowd in attendance, but Frye was clearly the favorite. As he made his way to the ring, he alternated raising each first toward opposite halves of the Saitama Super Arena to draw waves of cheers from the crowd.

The bizarre action started early. As if in choreographed agreement, Frye and Takayama seized one another in collar ties and proceeded to beat each other’s faces in with punches. Even the generally poised combination of Bas Rutten and Stephen Quadros had trouble calling the spectacle. Quadros: “Synchronized punching! Both guys wailing away with right hands!” Bas: “Whoa!! I’ve never seen a thing like this in my life! Unbelievable!” Quadros: “That was outrageous.” Bas: “I’ve never seen something like this before. First time, man. Unreal.” For the next six minutes and ten seconds the slobberknocker continued, punctuated with additional hockey-like sequences of mutual punching, until a horribly swollen and disfigured Takayama finally broke and was saved from further damage by the referee.

The win was one of the most exciting—though certainly not technical—wins of Frye’s long career. He humbly addressed Saitama Super Arena at fight’s end: “Domo Arigato. Akiyama-san, thank you very much. Great warrior. At home I have two great girls, Katie and Cassie, and I’m gonna go home and raise them now. Sayonara.”