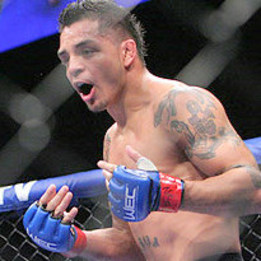 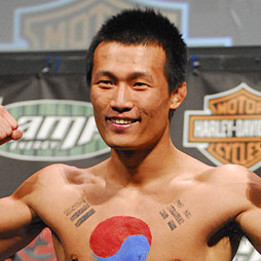 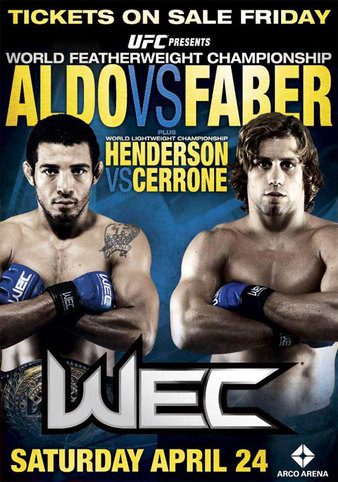 The WEC has long germinated in the shadow of the premiere fight organization in the world, the UFC. In April of 2010, however, it was the WEC’s time to shine, as the sister organization to the UFC made its promotional debut on Pay Per View with WEC 48.

While the main event saw Featherweight Champion Jose Aldo take on former longtime champion Urijah Faber, the Spike TV-televised preliminary card featured one of the greatest fights in MMA history, as veteran “Bad Boy” Leonard Garcia and “The Korean Zombie” Chan Sung Jung both showed up for war. The result was a three-round slugfest that, while not particularly technical, stood out as one of the greatest examples of heart and passion ever displayed in the cage.

Zuffa, LLC, the parent company of both the UFC and WEC, elected to place Garcia and Jung on the free Spike card in the hopes that they would deliver oversized action and prompt potential “on-the-fence” buyers to throw down for the ensuing Pay Per View broadcast. The teaser strategy worked. The ceasless aggression demonstrated by Garcia and Jung prompted UFC commentators Joe Rogan and Mike Goldberg to dub the fight “the best of the decade.”

Through three five-minute rounds, Garcia and Jung winged overhand rights, relentlessly landing on each other in the face. There were few takedown attempts—Jung remarked later that he was disappointed when Garcia attempted a few—and Jiu-Jitsu was completely absent from the encounter. There were moments in the fight where each fighter looked to be breaking, but neither did. Garcia finally emerged with a Split Decision victory. Fans in attendance generally disagreed with the judges’ verdict, but all agreed it was a close fight and the emotional impact of the bout was unaffected by Garcia getting the nod.

Although he came out of his United States debut with a loss, Jung’s stock rose astronomically following the fight. He has become a fan favorite in the WEC, and his signature “Korean Zombie” T-Shirt became a hot item among MMA enthusiasts nationwide. Dana White himself was seen sporting one at the presser and weigh-ins for the following UFC.

Garcia vs. Jung I